Sweden turn to Jordan Larsson without injured Ibrahimovic for Euro 2020

Sweden coach Janne Andersson named Henrik Larsson’s son Jordan in his squad for Euro 2020 on Tuesday, with veteran striker Zlatan Ibrahimovic ruled out of the tournament with a knee injury.

“I think we have a good mix in the squad,” said Andersson. “We have several experienced players who have a few competitions in the bank and a bunch of hungry young players who will be playing their first tournament.

“That balance is important I think.”

The 39-year-old Ibrahimovic returned to the Sweden team for two World Cup qualifiers in March, having initially retired from international football after Euro 2016.

Sweden open their European Championship campaign against Spain in Seville on June 14, before further Group E games against Slovakia and Poland in Saint-Petersburg.

Jordan Larsson, whose father netted 37 times for Sweden, has scored 15 goals in 29 league appearances for Spartak this season, while Isak has scored 16 La Liga goals for Real Sociedad.

Andersson will be hoping his side can build on their run to the 2018 World Cup quarter-finals, where they were knocked out by England.

Sweden turn to Jordan Larsson without injured Ibrahimovic for Euro 2020 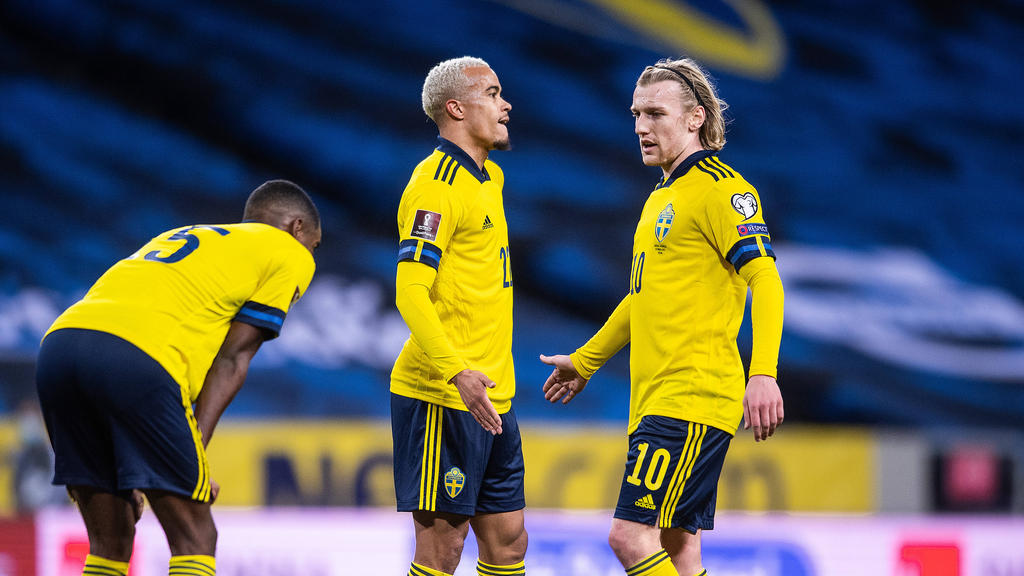