Grindel and Infantino spar over Turkish bid for Euro 2024

Reinhard Grindel, the head of the German Football Association (DFB), and Gianni Infantino, the president of FIFA, have exchanged heated letters over bids for Euro 2024, German media reported on Friday.

Germany is one of the two candidates to host the tournament. The other is Turkey. UEFA, the governing body of European football, will decide between them on September 27.

Grindel, Der Spiegel reported, was unhappy that Infantino had met Turkish President Recep Tayyip Erdogan and praised the Turkish bid. The magazine said Grindel wrote to the FIFA president to say he was worried about interference in the process.

Spiegel said Infantino had replied, also in a letter.

“First, I must express my surprise and disappointment over the tone and content of your letter,” Spiegel reported Infantino as writing.

“Before sending such a letter, I would have personally found it more appropriate to have a direct discussion, to know exactly what happened and to avoid relying solely on accusations made in the media.”

FIFA have no role in deciding who hosts the Euros, but as head of the governing body of world football and as a former secretary general of UEFA, Infantino’s influence is not negligible, the German media noted.

Moreover, Der Spiegel said, a preliminary expert report commissioned by the DFB has pointed out the “weaknesses” of the German bid, including the ongoing investigation into whether German officials, including Franz Beckenbauer, bought votes to win the right to host the 2006 World Cup.

It is not the first time this year that Erdogan’s meetings have upset Grindel, himself a former politician.

In May, the Turkish president posed for a photograph with two German internationals with Turkish roots, Mesut Ozil and Ilkay Gundogan, sparking a political storm that rumbled on through Germany’s disastrous World Cup campaign.

After the World Cup, Ozil announced his retirement from international football, saying that “in the eyes of Grindel and his supporters, I am German when we win, but I am an immigrant when we lose”.

Grindel and Infantino spar over Turkish bid for Euro 2024 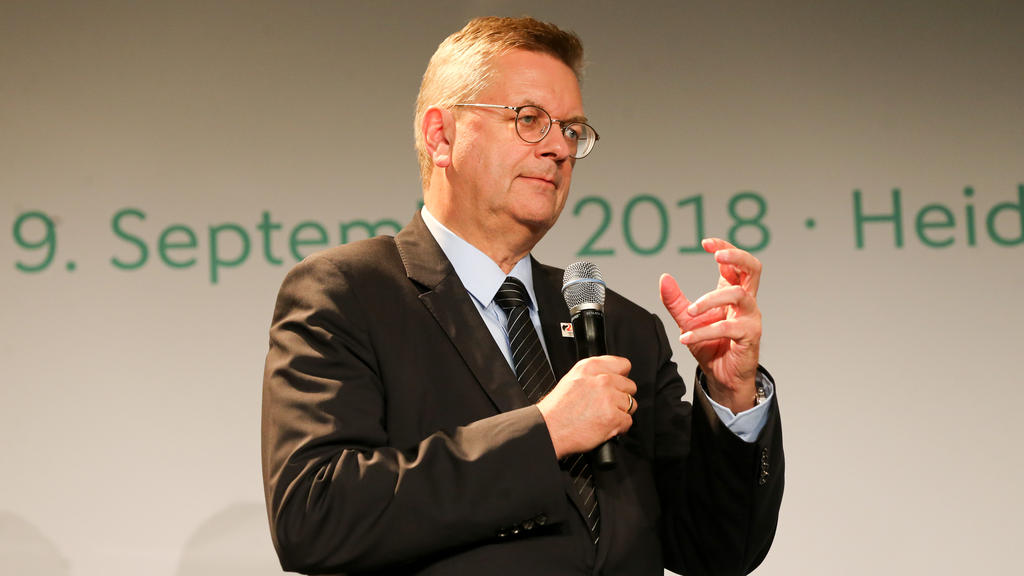