Germany should have won Euro 2016 – Podolski

Lukas Podolski believes Germany wasted their chance to lift the Euro 2016 title and admits he was sad to see Portugal win the final of the European championships.

The 31-year-old Galatasaray striker announced his retirement from international football on Monday, having scored 48 goals in 129 appearances for Germany, and was in the squad which won the 2014 World Cup.

Germany coach Joachim Loew plans to pickPodolsk one last time for die Mannschaft in a future friendly, once the ankle injury he suffered in the Turkish Super Cup final has healed.

Podolsk made just one appearance at Euro 2016, off the bench in a 3-0 win over Slovakia in the last 16, but says Germany should not have lost 2-0 to France in the semi-finals and wasted the chance to be also crowned European champions.

“We gave away the title in France,” Podolsk told Cologne-based newspaper Express after Cristiano Ronaldo’s Portugal beat France in the final last month.

“We were the best team, all the others were scared of us.

“Even the French, with all their quality, only defended against us.

“When you look at who won the title (Portugal), then it’s sad.”

Having made his debut, along with ex-Germany captain Bastian Schweinsteiger, against Hungary in 2004, Podolsk says he is looking forward to pulling on the famous white jersey one last time.

“It’s terrific, that I will be allowed to play one more match for Germany,” he told German daily Bild.

“The idea came up in a telephone conversation with Jogi Loew and Oliver Bierhoff (Germany’s coach and team manager respectively).

“It’s extremely important to say goodbye personally to the fans, the team behind the team and the coaching staff.”

Podolsk admits he will miss playing for Germany, who host Finland in a friendly on August 31 when Schweinsteiger makes his farewell appearance, then play Norway away in their opening 2018 World Cup qualifier on Sept 4.

“When I sit in front of the television, then something will be missing,” he added.

“Until now, I only know the feeling from when I have been injured.”

The ex-Arsenal, Bayern Munich and Cologne forward says there is no larger-than-life character like him in the current Germany squad.

“I am proud I stayed true to myself.

“I have accomplished what millions of children have only dreamed about.”

Germany should have won Euro 2016 – Podolski 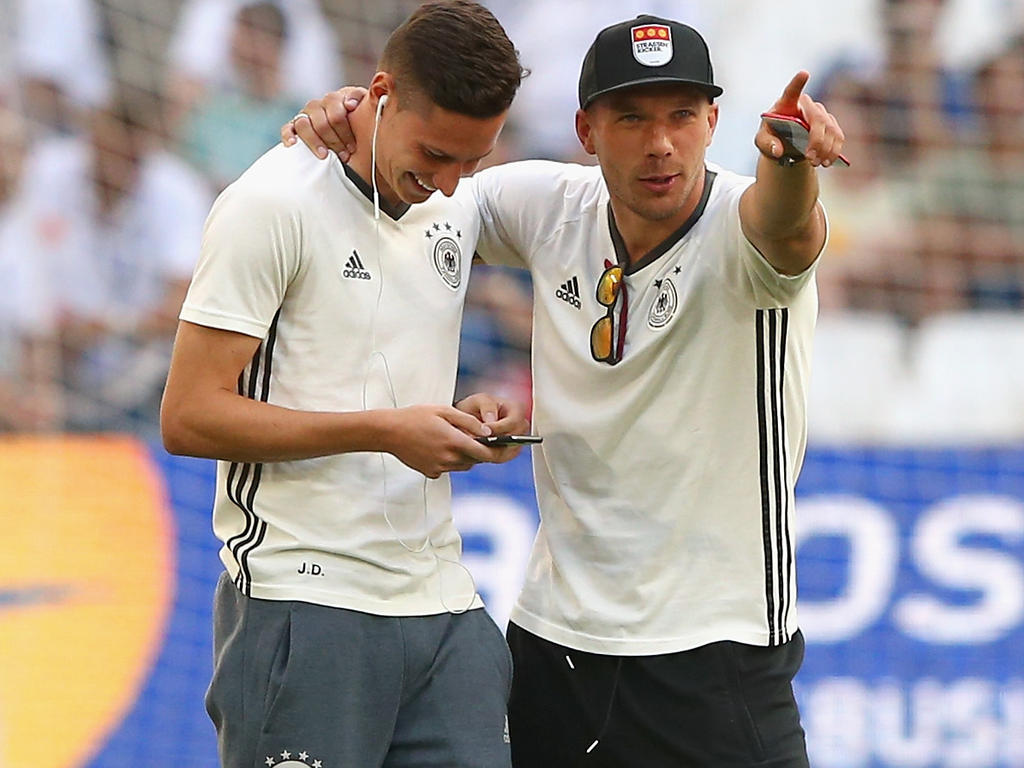