UEFA on Saturday said it is investigating an incident which saw stewards confiscate a rainbow-coloured flag from a Danish fan ahead of Denmark’s Euro 2020 quarter-final against the Czech Republic in Baku.

“UEFA never instructed stewards in Baku — or in any other stadium — to confiscate rainbow flags,” European football’s governing body said in a statement to AFP.

“We are currently investigating what happened and we will of course contact the UEFA delegate, UEFA Security officer and local authorities to clear this up.”

“The initial information we received was that the supporter in question was heavily intoxicated and that some local supporters turned aggressive towards him,” UEFA added.

“The local stewards intervened and allowed the supporter to remain, despite his state.

The incident is the latest in a series of controversies during the tournament.

UEFA refused a request from the mayor of Munich to light the Allianz Arena in rainbow colours before Germany’s match against Hungary, and sponsors were told it “wasn’t possible” to display rainbow-coloured adverts in Baku and Saint Petersburg.

UEFA added: “The rainbow flag is a symbol that embodies UEFA core values, promoting everything that we believe in – a more just and egalitarian society, tolerant of everyone and UEFA has ensured that the flag was returned to the supporter.”

Denmark won the match in Azerbaijan 2-1 and will face either England or Ukraine in the semi-finals at Wembley on Wednesday. 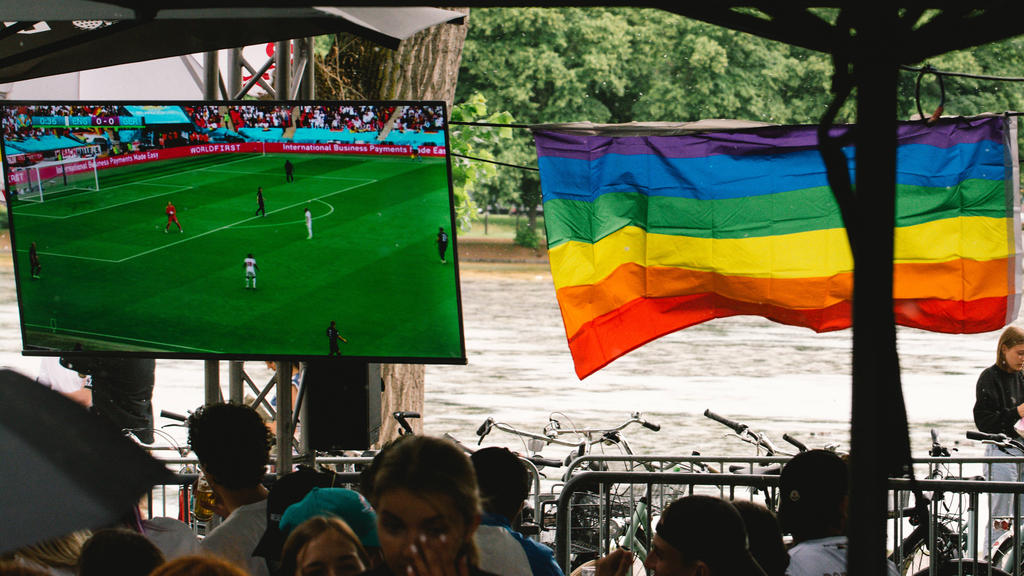