Roberto Mancini hailed Italy’s “extraordinary” performance after a 2-1 quarter-final win over Belgium on Friday set up a Euro 2020 last-four clash with Spain.

Romelu Lukaku converted a penalty to give Belgium hope, but Italy deserved the win over the world’s top-ranked team, who were without injured captain Eden Hazard.

The Azzurri will face Spain at Wembley on Tuesday in a repeat of the Euro 2012 final.

“We suffered in the last 10 minutes because we were really tired. Maybe we could have even scored more goals.”

Italy are hoping to be crowned European champions for the first time since 1968, but Mancini tempered the growing expectations.

“Our road is still long, we still have two games to go,” he said.

“Let’s enjoy this victory, we’ll see. Congratulations to the guys who have been very good.” 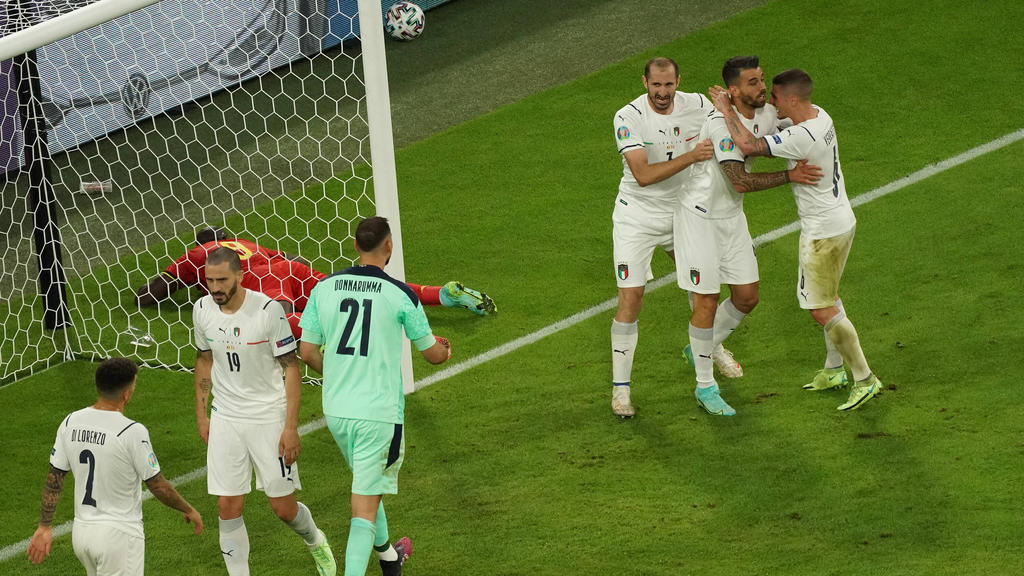