France face up to injury problems for Switzerland clash

World Cup holders France have injury problems for their Euro 2020 last-16 clash with Switzerland in Bucharest on Monday with Lucas Digne and Marcus Thuram the latest players in Didier Deschamps’ squad in the treatment room.

Everton left-back Digne suffered a thigh muscle injury in the last group game against Portugal while forward Marcus Thuram has a similar problem.

France have already lost Barcelona winger Ousmane Dembele to an injury that ended his tournament prematurely, while defender Jules Kounde will “probably” not be available against the Swiss, Deschamps said on Sunday.

Kounde, of Sevilla, made his first start for France in the 2-2 draw with Portugal in Budapest in midweek.

Midfielder Thomas Lemar has also been struggling but Bayern Munich defender Lucas Hernandez is nevertheless expected to be fit in time to play after a knee problem.

Deschamps has hinted he could start with a three-man defence in a change to his normal playing set-up.

France have not completely convinced yet at the Euro but will be expected to get the better of a Swiss team who made it to the last 16 as one of the best third-placed teams.

Switzerland have not won a knockout tie at a major tournament since the 1930s.

Close to 27,000 fans will be allowed to watch Monday’s tie inside the National Arena in the Romanian capital after local authorities relaxed Covid-19 restrictions, allowing the stadium to be filled to up to half its capacity.

France face up to injury problems for Switzerland clash 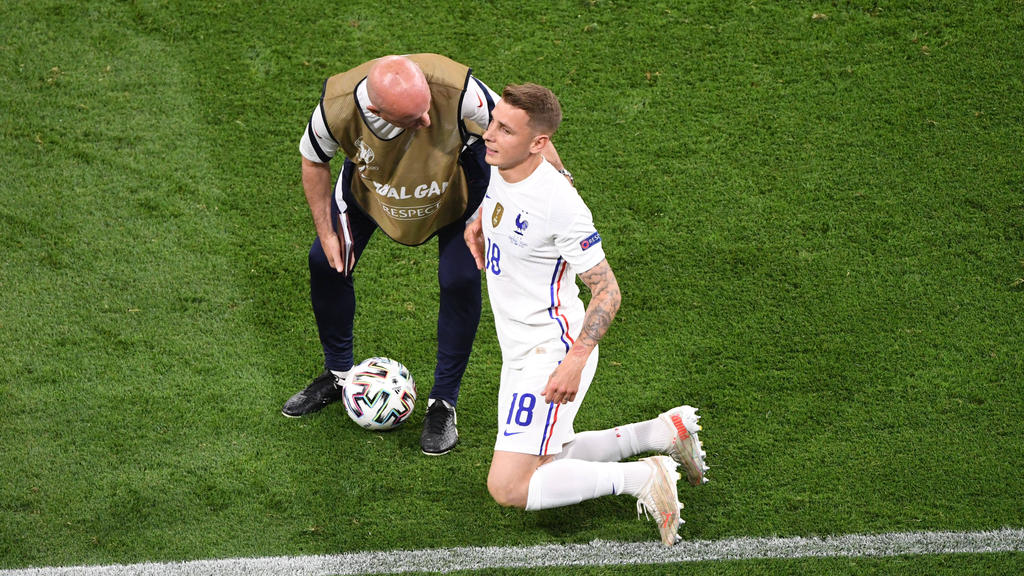