A showdown between old rivals England and Germany at Wembley is the standout tie going into the last 16 of Euro 2020 after Joachim Loew’s side scraped through on a dramatic final night of group-stage action.

Germany needed a late goal from Leon Goretzka to draw 2-2 with Hungary in Munich on Wednesday and advance to the knockout phase in second place in Group F.

Had they lost they would have been condemned to an ignominious first-round exit just like at the 2018 World Cup in Russia, but now they could be galvanised heading to Wembley next Tuesday for the latest instalment in their long-running rivalry with the English.

“Yes!!!!!!!! Wembley calling!” wrote Bayern Munich midfielder Goretzka on Twitter after coming off the bench to score the equaliser against Hungary.

The match — overshadowed beforehand by UEFA’s refusal to allow the Allianz Arena to be lit up in rainbow colours — was watched by a television audience of close to 26 million Germans who might now be confident their team can once again get one over on England despite their recent struggles.

“We know that if we play to our potential we’ll be strong,” insisted Loew, who will step down after the tournament.

The tie brings back memories of the 1966 World Cup final at the same venue which England won 4-2 after extra time.

However it also leads inevitably to mentions of Euro 96 when Germany beat England on penalties at Wembley in the semi-finals before going on to lift the trophy in the final against the Czech Republic.

Indeed, since 1966, Germany have prevailed in all three meetings of the countries in the knockout stages, most recently with a 4-1 win in the last 16 at the 2010 World Cup in South Africa.

“Oh No Not The Germans Again” said the headline in the Daily Mail in England, summing up the feeling of fans there at the prospect of this latest meeting between the nations.

England have home advantage after topping Group D but there are concerns about the performances so far of Gareth Southgate’s team, who edged Croatia and the Czech Republic 1-0 either side of a laborious 0-0 draw against Scotland.

Portugal scraped through after a 2-2 draw with France in Budapest on Wednesday, with Cristiano Ronaldo scoring two penalties to cancel out a brace from his old Real Madrid colleague Karim Benzema.

Ronaldo can now break the record in the last 16 but the holders could scarcely have asked for a tougher tie than a meeting with Belgium, the top-ranked team in the world.

Portugal, who only went through as one of the best third-placed sides, will have had two days fewer rest than the Belgians before the game in Seville on Sunday.

“Forty-eight hours difference, in temperatures of over 30 degrees, of course it makes a difference, but we are not going to go looking for a handicap,” said Portugal coach Fernando Santos.

“It is a good game on paper and I hope it will be a great game for Portugal.”

World Cup holders France topped their group and they will now take on Switzerland in Bucharest on Monday.

If they win that, they will face either Croatia or Spain in Saint Petersburg, in the same venue where they defeated Belgium in the semi-finals on the way to winning the World Cup three years ago.

“There is always a feeling of great satisfaction when you fulfil your objectives,” said France coach Didier Deschamps.

Spain have a spring in their step too after thumping Slovakia 5-0 in Seville to make the knockout phase, ensuring that all of Europe’s biggest nations remain in the competition.

The last-16 ties begin on Saturday when Wales face Denmark in Amsterdam and Italy take on Austria at Wembley. 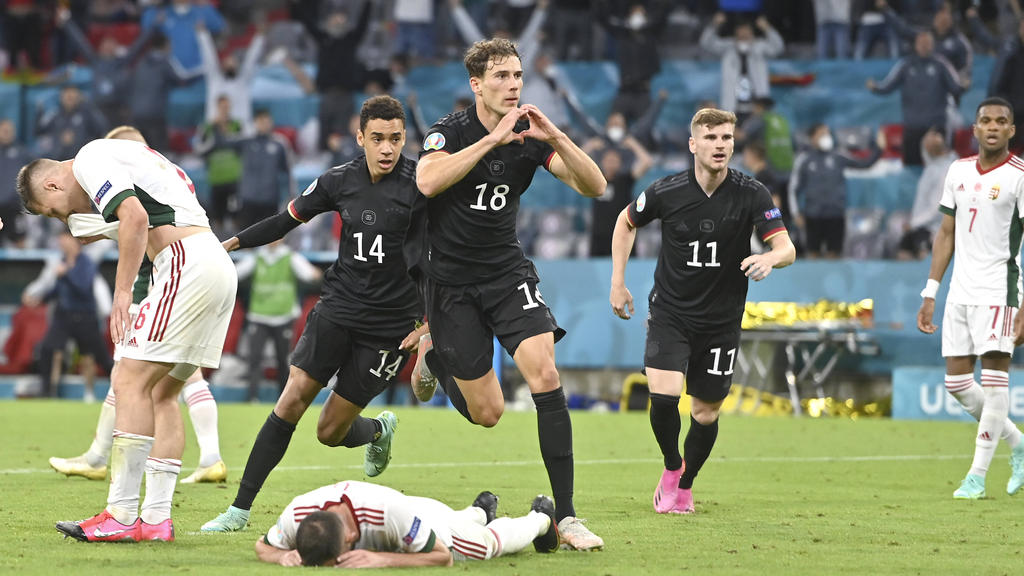