Eden Hazard ‘not 100%, but ready to start’ against Finland

Belgium captain Eden Hazard said on Sunday that he is not yet at “100 percent” but he will be able to start his side’s final group game at Euro 2020 against Finland in Saint Petersburg.

The Real Madrid forward endured an injury-hit season and only made substitute appearances in Belgium’s opening wins over Russia and Denmark in Group B.

But he made a crucial contribution last time out in Copenhagen, setting up fellow substitute Kevin De Bruyne’s winner against the Danes.

“I’m not 100 percent yet, but I’m ready to start a match,” Hazard said ahead of Monday’s game against Finland.

“It’s been the plan since the start of the tournament to progress little by little so that in the knockout matches I’m at 100 percent.

“There’s still one game. We’ll see how long I play. Confidence is gradually returning, the legs are returning. I’m pretty good at the moment.”

Belgium have already qualified for the last 16, but a point at the Krestovsky Stadium would seal top spot in the group.

The 30-year-old Hazard only started 11 matches in all competitions for Real this season after a series of injuries.

“I never doubted my qualities,” he said. “I just doubted a little bit, that, since I was hurting a lot, whether I’d be able to come back to 100 percent.

“I broke my ankle three times. It will never be the same as it was 10 years ago when I started my career.

“You have to live with it.”

Eden Hazard ‘not 100%, but ready to start’ against Finland 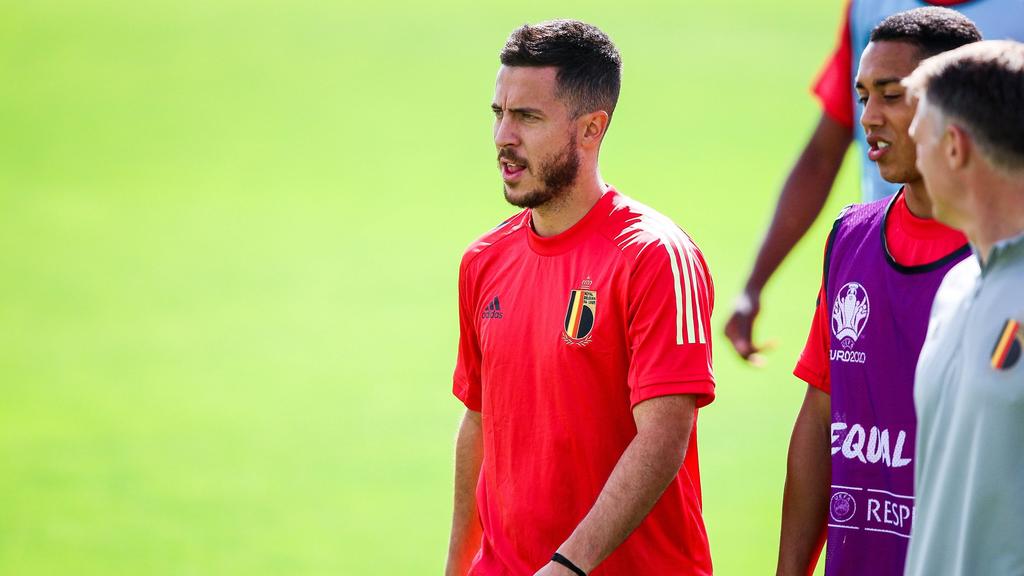