Less than three months ago, the sound of Patrik Schick’s name made the Czech national team coach wince.

The Bayer Leverkusen striker got sent off after hitting Wales’s Tyler Roberts clumsily in the face as the Czechs lost a World Cup qualifier 1-0.

“A terrible mistake, an experienced player like this can’t do that,” Jaroslav Silhavy fumed after Schick’s first-ever red card.

In the Euro 2020 opener against Scotland, he opened the scoring with a first-half header before producing what his teammates labelled as “a touch of genius”.

Schick ran onto a rebound just inside the Scotland half, saw goalkeeper David Marshall way out off his line and let fly.

The curling ball flew over the sprinting Marshall into the net, followed by the hapless goalkeeper, and the Czechs won 2-0.

“We know he is a genius, he knows how to finish and that’s why he is there,” Silhavy said after the game.

“The second goal is something out of this world, we haven’t seen a goal like that in a long time.”

On a scale from one (best) to five (worst), fans reading the Czech newspaper DNES marked Schick a flattering 1.16 for the Scotland game, a massive change from the 4.01 he got for the Wales qualifier.

The 25-year-old Schick has scored 13 goals in 27 international games so far, but none as remarkable as the second against Scotland.

“You score a goal like this once in a lifetime, let alone at the Euro,” beamed former Liverpool midfielder Vladimir Smicer, Schick’s compatriot.

“Ohhhhhhhhhh Schick! I guess we already have the goal of the tournament,” tweeted ex-Arsenal midfielder Mesut Ozil.

UEFA said it was the longest distance ever for a Euro goal at 49.7 metres.

It was also Schick’s eighth goal in the last 11 internationals.

His recent hot spell comes on the back of his move to Leverkusen on a five-year contract for 26.5 million euros ($31 million) last autumn, following previous stints at Sampdoria, Roma and RB Leipzig.

“It’s hard to tell how many former teammates I’ll meet at the Euro. But it will be a lot,” said Schick, who scored nine goals in 29 Bundesliga games last season.

Schick’s mother Iveta said in a recent interview for DNES he was born for football.

“He wasn’t interested in anything else as a boy,” she said.

Schick’s father, a Prague confectioner, was his fiercest critic — until, as a boy, the frustrated future star showed him the middle finger during a game.

His father laughed it off and stopped nagging.

“I always stood out, I scored lots of goals, but when I wasted a few chances, I really started crying so hard that the coaches had to sub me,” said Schick, who had a dozen David Beckham shirts as a child.

Having moved through the ranks at Sparta Prague, Schick moved to Sampdoria aged 20 and scored 11 league goals in his first season, mostly as a substitute.

A year later, he signed with Roma for some 40 million euros as Italy’s most wanted player.

“I didn’t understand it. I just thought, well, I guess he’s a decent footballer now,” said Schick’s mother, proud of her son as well as her daughter who is a successful model.

Schick, who is married and has a daughter named Victoria, relishes his career despite several injuries that have slowed down his progress at times.

“I’ve been a hundred times lucky and I sometimes tell myself it’s an incredible history. I’m happy for that,” Schick once said. 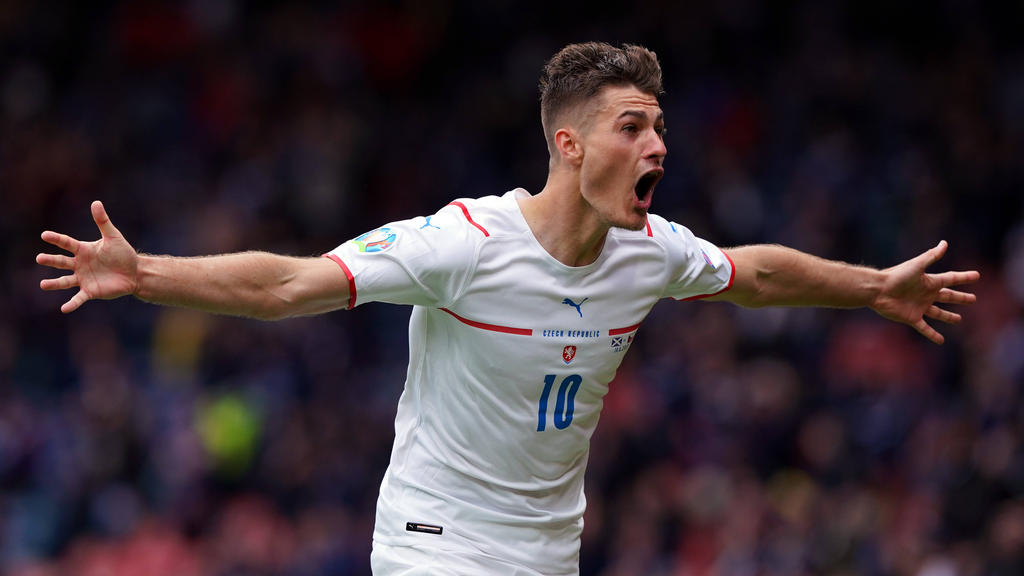