Italy captain Giorgio Chiellini left the pitch injured in the first half of Wednesday’s Euro 2020 game against Switzerland in Rome.

The 36-year-old Juventus defender had a 20th-minute goal ruled out for handball by VAR at the Stadio Olimpico and four minutes later asked to be replaced, holding his thigh.

Chiellini had become the Italian with the most European Championship appearances with 14.

After spending the rest of the first half on the bench, Chiellini walked to the dressing room without any visible difficulty.

Italy were leading 1-0 at the break thanks to a Manuel Locatelli goal on 26 minutes, served up by his Sassuolo teammate Domenico Berardi. 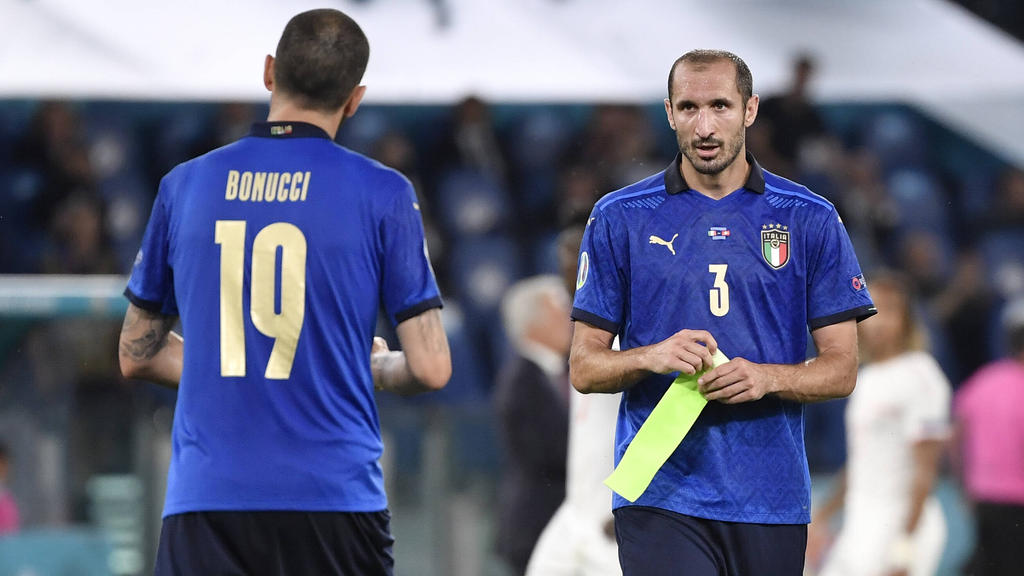