Denmark coach Kasper Hjulmand said Wednesday that he is preparing for an emotional return to Copenhagen’s Parken Stadium to take on Belgium after the traumatic scenes of Christian Eriksen’s collapse.

Playmaker Eriksen had to be revived on the Parken pitch by medics after suddenly falling to the turf near half-time of the Danes’ 1-0 loss to Finland on Saturday.

On Thursday they face Group B leaders Belgium hoping to kick-start their Euro 2020 campaign in what Hjulmand believes will be a fraught affair.

“It will be very emotional to return to the Parken, we expect to have incredible support from our fans and from the whole country,” Hjulmand said at a press conference.

“We have to be ready for that and use this energy in a positive way.

“What’s crazy is that the hospital where Christian is staying is not far from the stadium. He can see the stadium and he might even be able to hear everything that is happening there.”

If Eriksen hears anything it will be a passionate crowd of some 25,000 fans roaring Denmark on against the world’s top-ranked side, who started their tournament with a 3-0 thrashing of Russia.

“We have to play our best game, and we have to be very good individually, and that’s what we’re going to try and do.”

Danish fans are planning to stage a minute’s applause during the game in support of Eriksen.

“The supporters have organised for everyone to applaud for Christian in the 10th minute,” the Danish FA told AFP.

Denmark’s players have been offered the chance to visit the stadium in the Danish capital on Wednesday in order to see how they feel about going back, but Yussuf Poulsen said he hadn’t decided whether he was going to do so.

“Personally I haven’t decided if I’m going to go to the stadium, and I don’t think Thomas (Delaney) has either,” said RB Leipzig forward Poulsen.

“Let’s see. I don’t know how we react going back to the stadium. It’s a new situation for everyone.”

Denmark’s defeat to Finland leaves them needing to bounce back against tough opposition in order to maintain their drive for the knockout stages.

Danish FA chief Jesper Moller on Wednesday backed the squad by slamming the decision to finish the match, which was postponed for nearly two hours, as “completely unacceptable”, saying that the coaches and players shouldn’t have been made to decide whether to play or not in that situation.

“I know we’re the underdogs here. There’s no doubt that we’re facing the best team in the world,” said Hjulmand.

“They’re very, very good. They’re the only team that reminds me of a club team.”

Key to stopping the rampant Belgians will be putting the brakes on Romelu Lukaku, who opened the tournament with an impressive brace against Russia on Saturday.

“It’s difficult to stop Lukaku once he has the ball. The best thing to do to stop him is to make sure he doesn’t receive the ball,” said midfielder Thomas Delaney.

“It’s difficult to do. We know they are a strong side with great players… It’s a team with a clear philosophy. They know the way they play but it’s not impossible to stop them.” 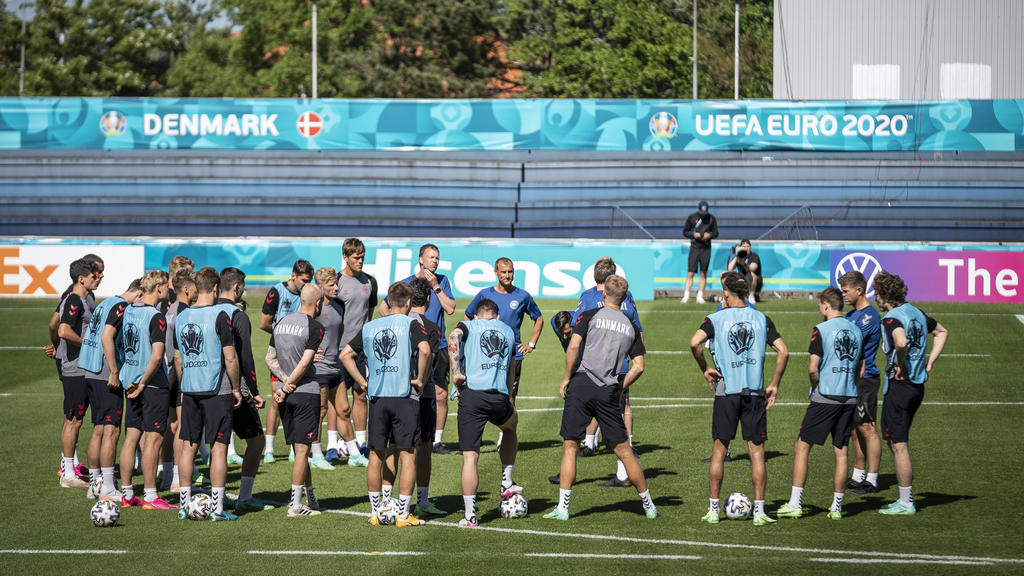