France midfielder Paul Pogba has played down Antonio Ruediger’s apparent attempted bite on his back during the world champions’ Euro 2020 win over Germany.

Immediately after the incident, Pogba cried out and complained to Spanish referee Carlos del Cerro Grande, who did not punish the German, and the Manchester United star played it down after the game.

“I think he nibbled at me a little bit, but we’ve known each other for a long time. Toni and I are friends. It was nothing big. We hugged after the game and it’s over,” Pogba said.

Pogba, the man of the match in Munich, said it was “better” that Ruediger escaped punishment.

“I don’t want him to be suspended because of that,” said the Frenchman, who played a key role in the build-up to Mats Hummels’ ultimately decisive own goal.

Pogba said he told the referee what happened but was glad there was no “yellow or red card for such an incident”.

In the build-up to the match, Champions League winner Ruediger had said the Germans would need to “be a little dirty” against the French. 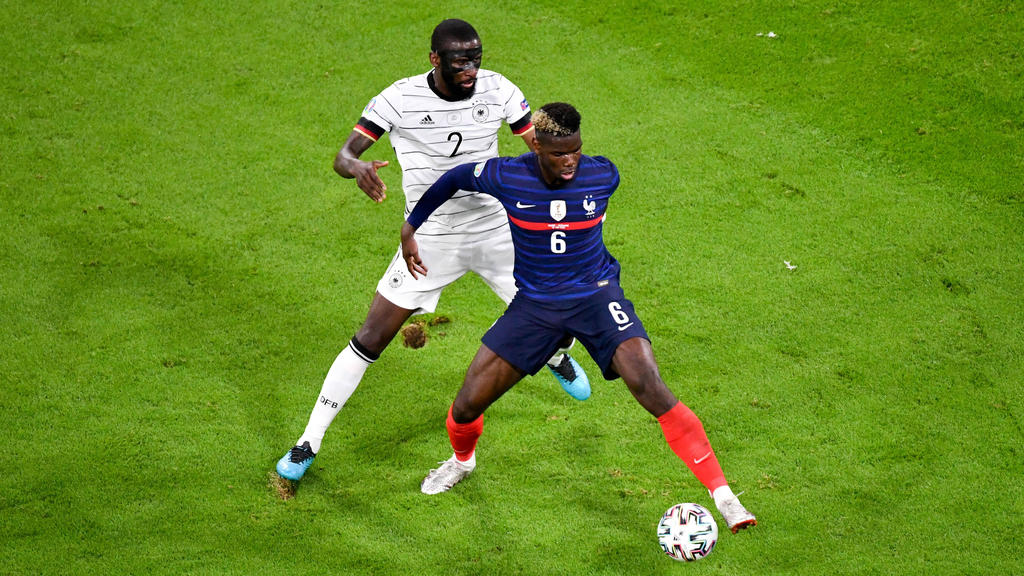