England midfielder Kalvin Phillips had to conquer a bout of pre-match nerves before emerging as an unexpected Euro 2020 star in Sunday’s 1-0 win against Croatia.

With England labouring to break down stubborn Croatia in their Group D opener at Wembley, Phillips provided the spark Gareth Southgate’s side needed.

Having surprisingly selected Phillips alongside Declan Rice in central midfield, England boss Southgate asked him to take a more forward-thinking approach than he does at Leeds, where he is tasked with a holding role in front of the defence.

The 25-year-old took Southgate’s advice to heart as he burst past two Croatia players before providing a pin-point pass that Raheem Sterling converted for the second-half winner.

Phillips conceded it could have turned out differently after he endured stage fright ahead of his first appearance in a major international tournament.

“We only found out the team the day before,” he told the Lion’s Den. “We did some set-piece meetings and Gareth named the team. At first when you hear your name your heart is in your mouth.

“I had a full day of thinking ‘Oh no, am I going to mess it up?’ but then you get to grips with it and be ready for anything that comes.

“When you see you are lining up against (Luka) Modric and (Mateo) Kovacic you know it doesn’t get any tougher than that.”

Phillips was playing second-tier Championship football with Leeds just two seasons ago and only kicked on in his career after Elland Road boss Marcelo Bielsa made him his personal project.

Revitalised by Bielsa, Phillips has become a cult hero with Leeds fans, who dubbed him the ‘Yorkshire Pirlo’ in reference to his resemblance to the graceful former Italy star Andrea Pirlo.

While he has earned his stripes with Leeds in his first season of Premier League football, even Phillips has found his rise to international prominence startling.

He was first called up by Southgate in September last year without a single top-flight appearance to his name at that point.

He made his debut in a Nations League draw against Denmark that month, but his real breakthrough moment came against Croatia.

“Whenever I get a chance to be on the ball, I just think ‘don’t give it away’,” he said.

“Given I had a 94 percent pass accuracy, my team-mates helped me out a lot and that is how it happened.”

Phillips had even more reason to celebrate his influential display against Croatia as it came in front of his mother, who had her birthday 24 hours earlier.

“It’s just mad. You cant really put it into words. At the time when I was running forward with the ball, I can’t really remember doing it,” Phillips said.

“I remember Kyle Walker passing me the ball and then everything else after that was a blur and as soon as the ball hit the back of the net the crowd went mental.

“It was my mum’s birthday the day before and when we celebrated she was literally right at the front on that side so it felt like we celebrated with her as well.” 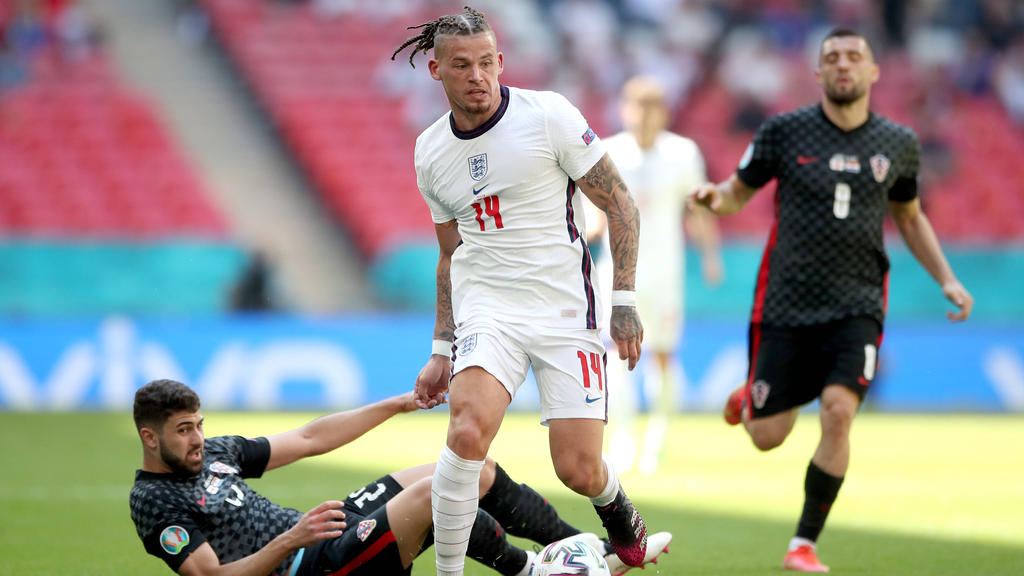