Can, Hummels rate Germany only as Euro 2020 outsiders

Emre Can and Mats Hummels only both rate Germany as outsiders for the Euro 2020 title, but have urged the ‘Mannschaft’ to prove their 2018 World Cup debacle is behind them.

Germany won the last of their three European Championship titles back in 1996 and are struggling for form heading into the Euro 2020 finals, which starts Thursday.

The Germans have a tough draw in Group F, hosting world champions France in their opening game on June 15, then playing holders Portugal four days later, also in Munich.

“We have to be honest with ourselves: We are not top favourites for the title,” Dortmund midfielder Emre Can told Sport1.

Germany were held to a 1-1 draw in a friendly by Denmark last Wednesday and face minnows Latvia in their final warm-up Monday.

The Germans have dropped to 12th in the world rankings as they have struggled to pick themselves up after crashing out of the 2018 World Cup in the group stages.

The reputation of head coach Joachim Loew, who led Germany to the 2014 World Cup title, was further tarnished by a crushing 6-0 defeat to Spain last November and a shock home loss to minnows North Macedonia in March.

“We definitely have to improve,” Can’s Borussia Dortmund team-mate Mats Hummels, back in the Germany squad after a two-year exile, told Monday’s edition of Kicker.

“We, as a team and me personally, have to get better to be successful at the European Championship.”

However, ex-Liverpool star Can sees the Euro as a chance for Germany to prove themselves after their disastrous 2018 World Cup campaign

“We want to show the whole world that our early exit from the World Cup was just a slip-up,” Can stressed.

“It’s also clear that the title must always be the goal for Germany, because we have great players and don’t have to hide from anyone.”

Loew, who stands down after the Euro, has reversed his 2019 decision to axe Hummels and Bayern Munich star Thomas Mueller by recalling the pair of 2014 World Cup winners for the European Championship.

Like Can, Hummels, 32, insists the Germans are determined to throw off the shackles of inconsistent performances since 2018.

“I want to win the title, even if we are not the top favourite due to our performances, which have not always been consistent in the past few years,” said Hummels.

“We know that we have the skills and the weapons to be able to win every game at this tournament.”

Can, Hummels rate Germany only as Euro 2020 outsiders 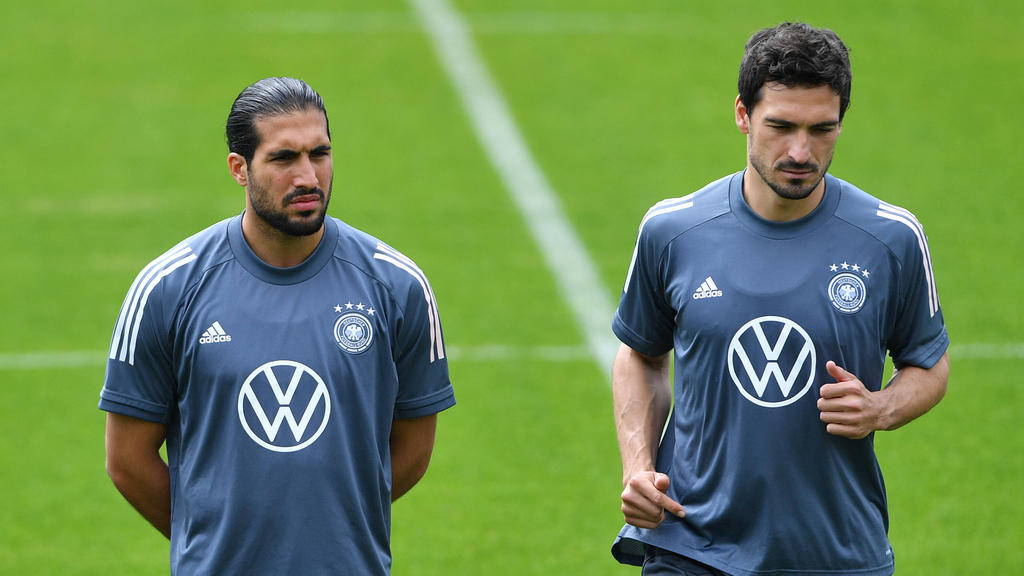