Wales will go into Euro 2020 without their beleaguered boss Ryan Giggs, putting the spotlight on Gareth Bale’s bid to silence critics who say he has lost his appetite for success.

Giggs’ absence following his arrest on charges of assaulting two women last year will cast a shadow over Wales during the Euro.

The former Manchester United star faces a trial in 2022 after being accused of butting his ex-girlfriend Kate Greville and controlling her throughout their relationship.

Giggs is also charged with the common assault of Greville’s sister Emma in the same incident.

The 47-year-old had taken charge of Wales in 2018 and made a positive impression as he led them to the European Championship, just their second major tournament appearance since the 1958 World Cup.

But Giggs, who denies the charges, has been on leave since November last year, with caretaker boss Robert Page stepping into the breach.

Page has won four of his six games since replacing Giggs, with Wales’ only loss in that time coming against the world’s top-ranked side, Belgium.

If Wales are to thrive in Giggs’ absence, the onus is on Bale to prove his erratic loan spell with Tottenham Hotspur this season was not further evidence that his love for the game is dwindling.

Although he scored 16 goals, Bale was unable to make a consistent impact on his return to Tottenham despite the hope that escaping his miserable time at Real Madrid would reinvigorate the Wales captain.

Hampered by fitness issues and a frosty relationship with Jose Mourinho before his sacking, Bale hardly disproved the theory he no longer has the drive required to dominate at the highest level.

Having celebrated Wales’ Euro qualification by waving a flag that read ‘Wales. Golf. Madrid. In that order’, Bale has an opportunity to show that swipe at Real was more than hollow patriotism.

Despite the exit of his Real nemesis, coach Zinedine Zidane, Bale is reportedly considering negotiating a pay-off to avoid returning to Madrid.

It was also suggested the four-time Champions League winner could quit football altogether and try his hand at professional golf, a claim rejected by his agent, Jonathan Barnett.

Bale fuelled speculation over a potential bombshell announcement when he was asked about his future following his brace in Tottenham’s final Premier League game of the season at Leicester City.

“I know what I’m doing, but it’ll just cause chaos if I say anything. It will have to happen after the Euro,” Bale said.

“I’m not thinking about anything else other than Wales.”

After their fairytale run to the Euro 2016 semi-finals, Wales will need Bale at his best to get anywhere near repeating that success.

“We’d love to replicate what we did at Euro 2016 but we are realistic. It’s a different team, a different tournament,” Bale said.

Page’s side kick off against Switzerland in Baku on June 12, with games against Turkey and Italy rounding off their group schedule.

The bulk of Page’s squad ply their trade in England’s second tier, with 19-year-old midfielder Rubin Colwill a surprise inclusion after only making his Cardiff City debut in February.

“He blew us all away with how he was and how he conducted himself. He’s a top professional already,” Page said of Colwill.

Wales won just four of their eight qualifying fixtures, with two of those victories coming against Azerbaijan, as they finished second in qualifying Group E behind Croatia.

They scored only 10 goals in eight qualifying games, putting pressure on Bale to shine.

Finding a way for Juventus midfielder Aaron Ramsey to overcome his fitness issues will also be crucial.

“Ryan’s key principles when he first took over are no different and whether he is here or not, the lads know exactly how we expect them to play,” Page said. 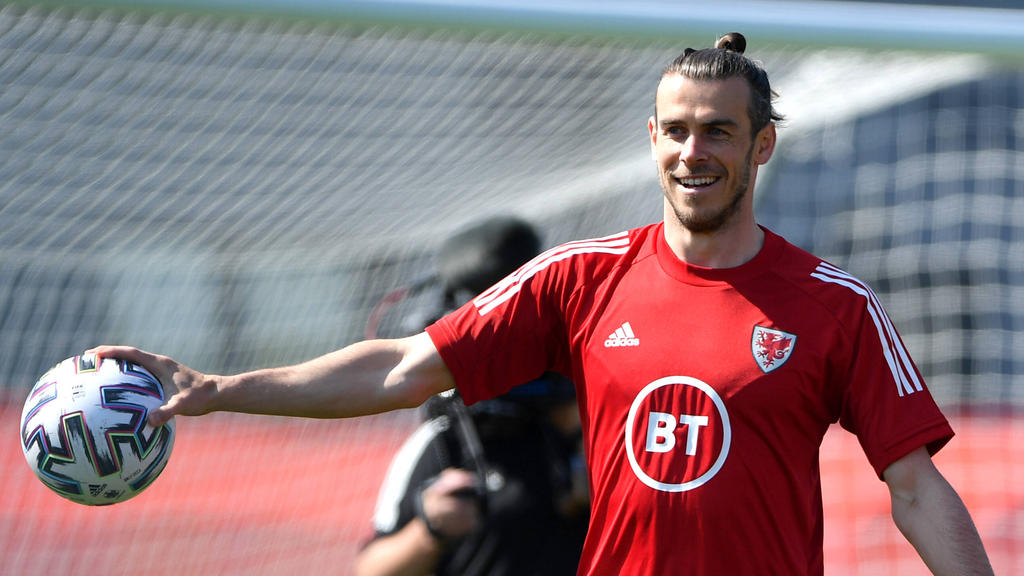